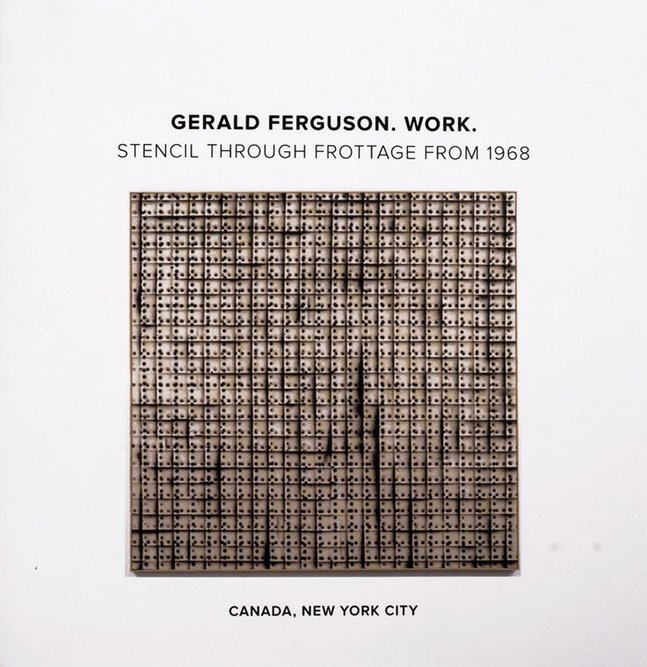 Published on the occasion of the artist’s solo show ‘Work, Stencil Through Frottage From 1968’ at CANADA, curated by Luke Murphy. This catalogue covers the 11 major works from the show, with essays by Lawrence Weiner, Donald Kuspit and Peggy Gale, and a forward by the curator Luke Murphy. The show and subsequent catalogue marked the return of Ferguson’s work in New York for the first time in forty years. Ferguson’s work can be described as beautiful, slow reading testaments to competing tensions; simple vs. complex, vagaries vs. logic, light vs. blackness.