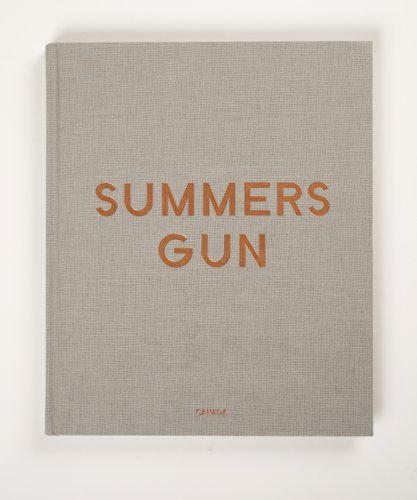 This monograph features individual works and installation images from Summers Gun, Hesidence's 2015 exhibition at CANADA. Summers Gun is the final installment of four distinct bodies of work which Hesidence structured around an exploration of the seasons. The book presents the Summers Gun paintings along with twenty five pencil drawings, as well as documentation of the artist's previous series Maritime Spring which was exhibited in the 55th Venice Biennale. Also included is an interview between Hesidence and the artist Jason Fox.